The Drop that Spilled the Cup 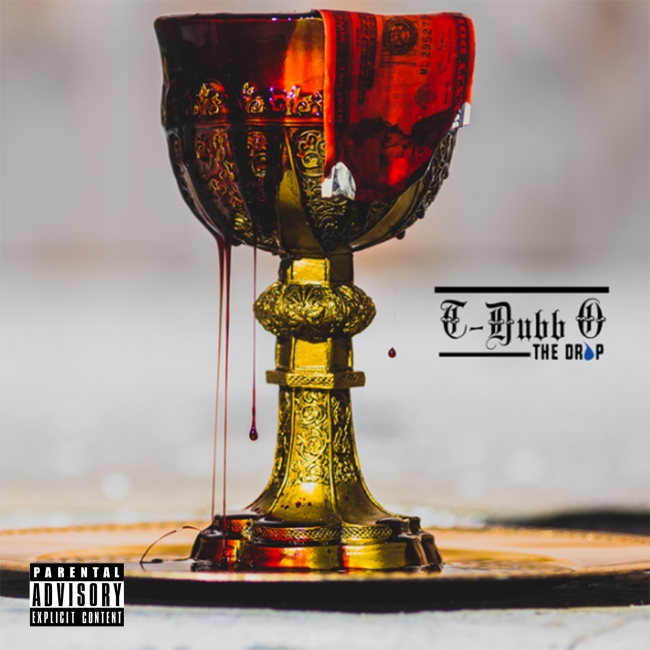 Artist, Revolutionary, & Gangster T-Dubb-O is set to release his debut album entitled, “The Drop that Spilled the Cup”. “The Drop” is lyrical, street, revolutionary, powerful, and just flat out HARD! This is Dubb’s first time releasing an album, and nothing but greatness is to be expected. Dubb made a name for himself internationally on the battle-rap scene. From there, he released a couple mixtapes that destroyed the stereotype that battle MC’s could not make good music and became cult classics on the underground scene. Dubb has collaborated with legends like Freeway, Crooked I, Project Pat, Pastor Troy, & Young Noble from 2 pac’s group The Outlawz. Dubb has been featured on 106 & Park, Rollingstone, Revolt TV, etc. He has also been featured in some of Urban America’s top publications such as The Source and Ebony Magazine. What separates Dubb from all of the rappers of today’s time is not just his aggressive and extraordinary flow, but the work he does in the community. T-Dubb-O is not just the average rapper talking about his trials and tribulations of his past street life. Dubb and his grass roots organization, Hands Up United, have been labeled America’s New Black Radicals. So whether he is reading to children at their monthly Books and Breakfast program, talking with the students at their Tech Impact program where they are teaching Black kids how to build websites, dropping off food to people in need, or throwing back tear gas at police Dubb truly stands with the community that he raps about. The work he does in black and poor communities have taken him all around the world to educated people on the harsh realities of Black people in America. Dubb was even granted the opportunity to sit with President Obama in the Oval Office to discuss racial issues and systemic problems here in America. This meeting coined his phrase on the album, “I shook Obama hand with the same hand I sold crack with”. The title of this project comes from a Mexican proverb Dubb learned while marching in the streets of Guerrero, Mexico where 43 students were kidnapped by the government and never found. Dubb uses this phrase as a double entendre to describe this album. Not only is this a social breaking point with Black youth in this country, but after this release “drops” in his city no more cliché’ and garbage music will be respected. “The Drop” will be released January 15th, 2016 and is nothing short of classic. The link to order "The Drop" is attached.